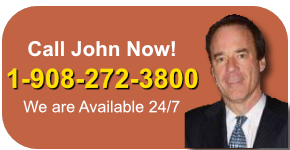 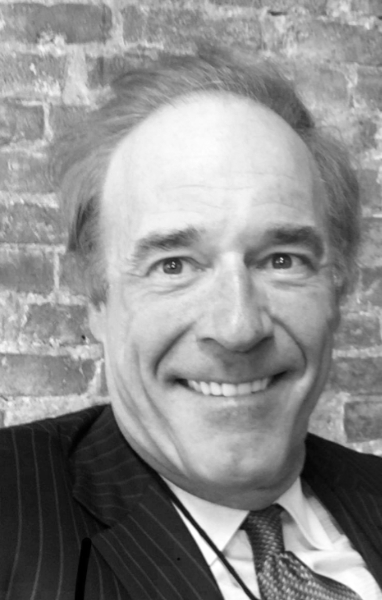 Insurance adjusters thrive on the confusion and misery that accidents cause in people’s lives. The adjuster’s job is to make more money for the insurance company by paying less money to the injured people who deserve it.

Any serious injury disrupts your life. However, some injuries are so catastrophic that victims never recover. They are left unable to work or enjoy life as they did before being injured in a motor vehicle accident work-related incident.

The experienced lawyers at CourtLaw have handled many types of slip & fall cases over the years. Some of the cases our lawyers have handled include slips on food or foreign substances in malls, shopping centers, supermarkets, restaurants and other stores.

Working construction is one of the most dangerous jobs in the United States today, according to the U.S. Department of Labor. Consequently, it is not surprising that construction workers are highly vulnerable to serious injuries.

When you work with John J. Pisano, you can depend upon Pisano Law to:

> Keep you informed about your claims — when you have questions, you will be able to get answers from John Pisano.
> Protect you from the aggressive insurance companies — whether we are looking to find a settlement in your case or we need to go to trial, we will not let insurance companies take advantage of you.
> Obtain the results you deserve — we have secured several million-dollar verdicts and settlements for our clients.

Took risk that other lawyers would not

Apparently you cannot file a claim against a city in New Jersey. At-least that’s what I was told by two other lawyers, before contacting Mr. Pisano who just said “come on over to my office”. Inside of ten minutes he dictated formal notices on my behalf which apparently preserved my rights. Within days he hired an engineer to establish the negligence of the city and contrary to the advice of the un-energetic lawyers I first spoke to, Mr. Pisano was able to obtain a large settlement on my behalf, which is having a long term positive effect on my finances. More people should be aware of this man as he refuses to advertise, but out works any other attorney I am aware of through unreal energy and enthusiasm.

I am so happy with Mr. Pisano’s representation. I agree with the other reviews. He takes or returns all calls. Each time I inquired about something that I believed should be done, I learned Mr. Pisano already did it. 1 year after my case settled, an unreasonable Doctor, that dropped the ball on submitting my bill to insurance, filed suit against me, Mr. Pisano jumped all over the problem and counter sued, the Doctor. His fee was already earned, but he enthusiastically cleaned up this unfair conduct of the Dr. Great guy. True gentlemen. His loyalty is to his clients.
– by a Personal injury client.

I had a tough case with real injuries, requiring three surgeries., Mr. Pisano was hit with more aggressive tactics by the insurance company than I ever foresaw. I was experiencing financial problems, which caused my insurance to lapse, when the accident occurred. Despite a law that said I could not sue, Mr. Pisano was so innovative, that court allowed my case to proceed and I received a large award, that compensated me and covered all of my doctors bills. This man is the real deal.

I was in a serious accident, which brought about the need for two surgeries. I was unaware that my policy only allowed a $15,000.00 maximum settlement. As I was traveling on a work related assignment, Mr. Pisano convinced Judge that my employer’s automobile policy afforded me additional coverage under a new statute. Wow! What followed was a huge binding award, which the insurance company was forced to immediately pay. What a great lawyer!!!! Fast and expeditious beyond belief.
– by Mary Ellen

He takes small and large cases and develops them with equal energy. The chief judge told Mr. Pisano to take 10000.00. Mr. Pisano stood up to him, tried the case and got me 80000.00 from the jury plus interest. Somehow the trial was actually stress free. Mr. Pisano’s upbeat entertaining personality carried the day.
– by Martha

Turned my terrible personal injury experience into a blessing in disguise

In March of 2013, I was attacked by a large dog, who ripped the lower half of my face apart so badly that it had to be reconstructed by a plastic surgeon. The whole experience was more traumatizing that you can possibly imagine, and left me out of work with huge medical bills. John came to see me in the hospital the night of the surgery (which was 6 pm on a Saturday!) to discuss my case. He gave me hope, so I hired him. Over the next year and a half, Mr. Pisano worked tirelessly on my case, making decisions that I felt were absolutely in my best interest. The case finally settled in September of 2014 (which is when he originally told me would probably be the time we finished up) and I ended up with a large settlement. I was finally able to pay off all the bills that kept piling up from not working. (I ended up with very bad PTSD, so haven’t been working.) My cable had been shut off, my power about to be disconnected, and I was facing eviction. I was also able to continue the medical and psychological care needed to heal from this event. I couldn’t have done any of that without his hard work. Mr. Pisano is brilliant. He is fast, sharp, knowledgeable, and professional. He did SUCH an amazing job with my case. The entire time he was working on my case. I really felt he cared, and made the best decisions for my case. I highly recommend him. He’s wonderful!

Mr. Pisano won a very large award for my uncle over twenty years ago. I over heard him talk about his work ethic, never anticipating that I would ever need his representation. That changed the night my car was flipped over in an intersection accident as a result of a drunk driver. What startled me was the realization that my own insurance company attempted to discourage my doctors from treating me. Mr. Pisano successfully arbitrated my medical care twice and ultimately forced the insurance carrier to pay out the entire 300,000.00 insurance policy within fourteen months. Never unavailable, with an amazingly up beat optimistic attitude. True professional charismatic advocate for his clients. Nothing gets by him. Nobody blows a deadline with him involved. Clients who find their way into his office, grow to realize that few individuals in any field operate at his level. Simply impressive in all aspects. See for yourself.

CRANFORD — John Pisano views his role as personal injury attorney as a way of sticking up for the little guy and sticking it to the big guy.

And he puts his heart into each case, no matter how big or small.

“The smallest and biggest case I handle with the exact same level of organizational skills,” said Pisano, a Roselle Park native whose practice is based in Cranford. “It’s not like if a case is small, I’ll neglect it. Every case I focus on with the same level of obtaining experts and being certain a case is trial-ready.”

Pisano’s results have recently been recognized by the American Institute of Personal Injury Attorneys, a third-party attorney-rating organization that publishes an annual list of the top 10 personal injury attorneys in each state. The institute has selected Pisano among its 10 best in New Jersey for client satisfaction.

Pisano, who has been working out of the same office on North Union Avenue for the past 24 years, said he got into personal injury work by happenstance.

A client needing help with his personal injury case was referred to Pisano by a neighbor 30 years ago. Before he knew it, he had four such cases, then eight. Today, he said he typically handles more than 600 injury cases at one time.

Many of Pisano’s clients are, as he puts it, “being consumed by medical expenses” brought on by circumstances beyond their control.
Many are hindered by what he sees as anti-consumer legislation. That’s when he coordinates witnesses and experts, and often finds himself taking on corporations.

“Unfortunately, a personal injury attorney has to struggle through an area of insurance where you have to have to get medicine approved by insurance carriers,” Pisano said. “So, you have to really be aggressive to get people surgery that they should have automatically been entitled to, and get them covered by their insurance carriers.

Without the right attorney on that issue, you are then precluded from pursuing the bodily injury claim, where they are entitled to compensation for permanent injuries. It’s gotten to be a more complicated field than people realize. Insurance companies have legislation in place where they can wiggle out of paying for a lot of surgeries that they should automatically pay for.” 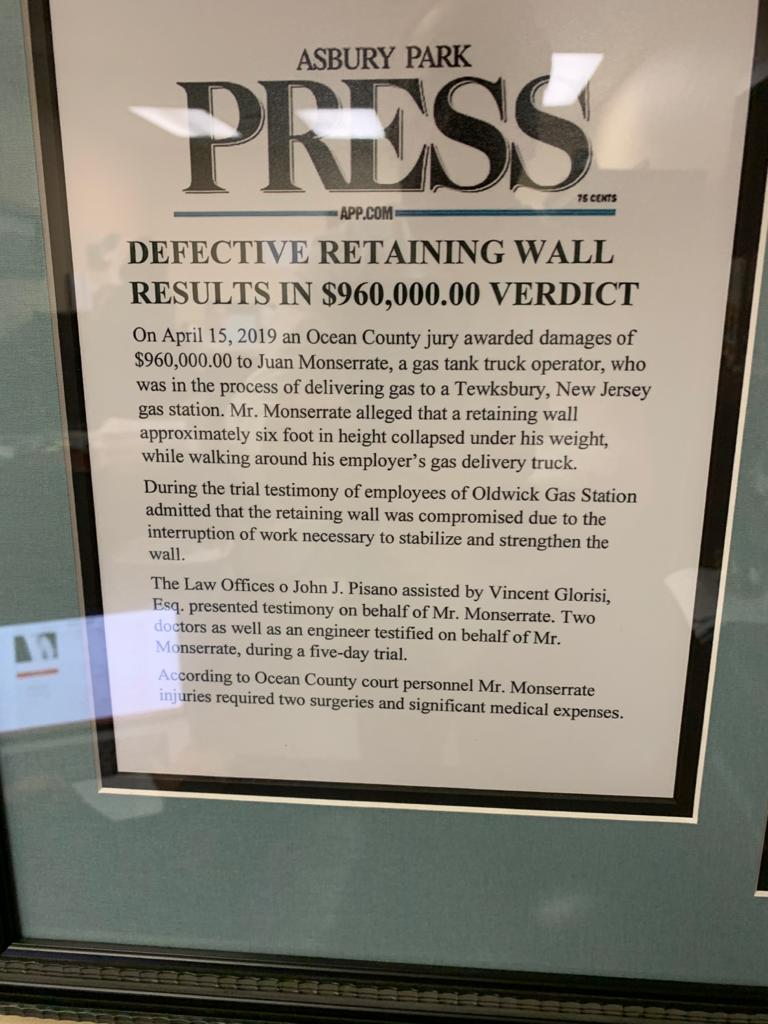 One motor vehicle accident is bad enough, but two auto accident injuries less than three months apart are not only a nightmare for the family, but difficult to pursue from a legal standpoint. In 2007, I got a motor vehicle accident settlement for a client who went through this unusual scenario, in spite of attempts by the insurance companies to derail the case.

The motorcyclist passed away seven weeks after the accident without ever providing a statement. As a result, the insurer tried to avoid liability. To support my client’s position, I developed evidence from two independent witnesses, which supported the theory that a vehicle that left the scene had caused the motorcyclist to lose control.

Many people don’t realize how difficult a slip and fall claim can be to pursue, as a slip and fall case requires that the plaintiff prove the defendant was aware of the problem and neglected to correct it. In 2007, I successfully litigated a slip and fall lawsuit to a positive settlement, through my expertise as a Cranford, NJ slip and fall attorney.

In some cases, the truck drivers themselves aren’t the only ones to blame; third-parties can contribute to the circumstances that cause an accident which can change a driver’s life forever. In 2007, I successfully litigated a $1 million recovery for an Elizabeth, NJ client as a result of a trucking accident, which included a third-party negligence claim.